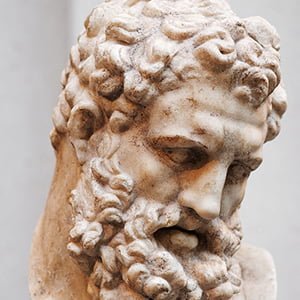 The ancient Nemean Games were a series of athletic festivals held in honor of Zeus, much like the ancient Olympic Games. This festival was hosted at three different cities throughout its history; Klonai, Argos, and Corinth. It was one of the four Panhellenic Games, the other three being the Olympic Games, Pythian Games, and Isthmian Games. The Nemean Games took place every two years, separated by an alternation of the Olympic and the Pythian Games, which each took place every four years.

By the end of its history, this festival hosted even more events than the Olympic Games due to the inclusion of the hippios race. A list of the known athletic events that were part of the Nemean Games is as follows:

The Nemean Games were established during the 51st Olympiad in 573 BC, though there is a possibility that they were celebrated centuries before and only revived at that date. One legend attributes the origins of the festival to a series of funeral games held in honor of the son of the mythological Nemean king Lycurgus, Opheltes, who was strangled by a snake as an infant. Other legends associate its beginnings with Heracles, son of Zeus, who established them in his father’s honor.

Only Greek-born men could participate in the athletic events at the Nemean Games. Some sources claim that initially only soldiers and their sons could compete, but this there appears to be no extant historical evidence to support this . Much like the other Panhellenic games, it is likely Roman men were allowed to participate in the festival beginning in the 3rd or 2nd century BC.

Women couldn’t compete in the athletic events, but were included in the musical contests. (Only women were allowed to compete in the Heraean Games, however.)