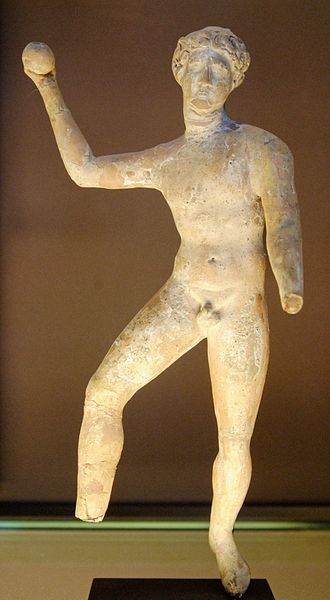 A terracotta figurine depicts a nude man holding a baseball-sized ball above his head. His left foot is attached to a platform, and his right foot and left hand are missing. The figurine bears signs of wear and aging.

This small terracotta statue, discovered in Corinth, depicts a Greek or Roman man playing a ball game. While this could depict a simple game of catch, the man may be playing the Greek sport episkyros or Roman harpastum.