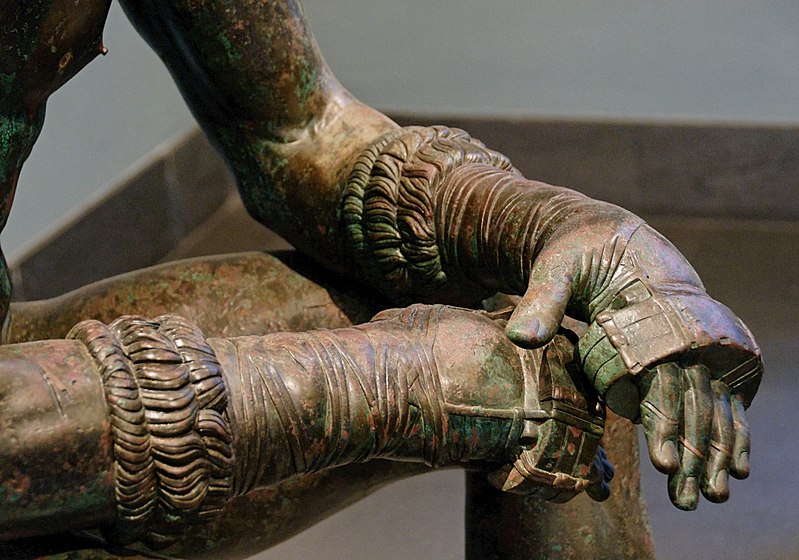 A cropped photo focuses on the gloved hands of a bronze statue of a boxer. The hands, gently folded over each other, wear oxys, a type of leather hand wrap used for pygmachia, Greek boxing. 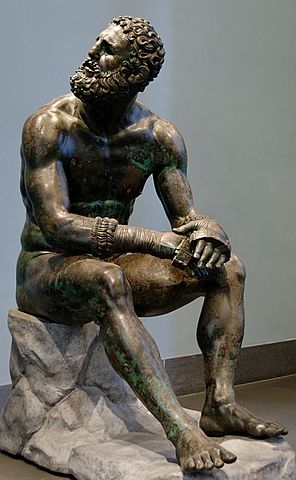 This Greek bronze sculpture, titled “Boxer at Rest” or sometimes “Terme/Thermae Boxer,” depicts a boxer relaxing after of match of pygmachia (Greek boxing). This closeup focuses on the hand wraps the boxer is wearing, called oxys. These were crafted with a thick leather strap with sharp edges wrapped around the knuckle, which the fighter would use to cut the face of his opponent. These were the most violent of the types of Greek boxing wraps used during this period.

The timeframe of this statue’s creation is debated, with suggested dates ranging from the mid 4th century to the mid 1st century BC.

At the time of photograph, this statue was housed in the National Museum of Rome. The gallery page for the full sculpture is linked to the right.