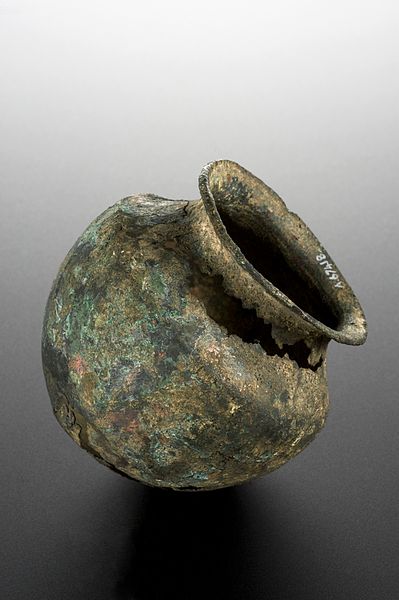 A photograph shows a bronze medical cup used in ancient Greece. The cup is bulbous in shape, with a rounded body and a tapered neck. It shows signs of great age, with patches of green and brown hues covering its surface.

This ancient bronze cup would have been used for medical practices in ancient Greece. A physician would likely take the cup and heat it against the surface of the patient’s skin, causing the skin to welt up in the cavity, a practice which was often used to prepare for bloodletting. With the blood brought to the surface of the skin, the physician would cut the welt to drain blood from the patient. This was believed to help balance the four humors of the body in some cases.