Illustration of a Football Game in Japan (1874) 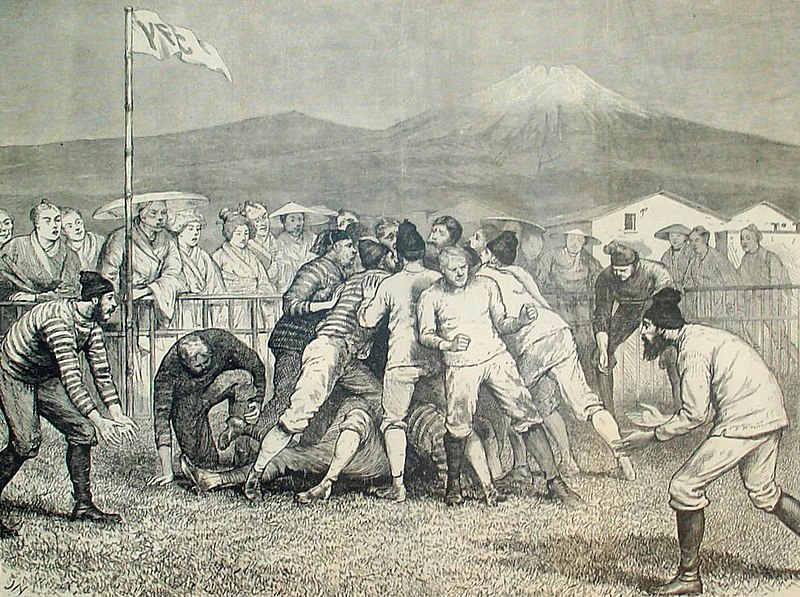 A black and white illustration shows a group of men playing football. In the center, about 10 men struggle against each other. A few men on the outskirts watch eagerly, waiting for the ball to escape. In the background, Japanese onlookers wearing kimonos and traditional garb watch the match. A tall, snowcapped mountain sits far in the background.

This illustration was published in the May 2nd, 1874 edition of Harper’s Weekly, an American magazine with a focus on local and foreign politics. The image depicts a game of football in Japan. The roughness of the struggle in the center of the image suggests this was a rugby-style match rather than association football (soccer), which had ben codified in England eleven years prior in 1863.