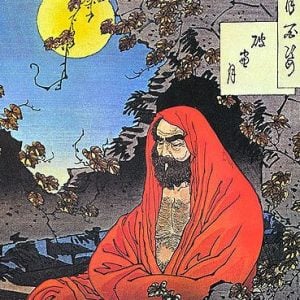 The term “kung fu” sometimes refers to the general collection of Chinese marital arts. This article examines the history of Shaolin kung fu itself.

The history of kung fu has its earliest precursors in India during the first millennium, though the majority of its development took place nearly exclusively in medieval China. Although some Chinese martial arts do predate kung fu, as discussed below, the majority of extant sources agree that kung fu itself developed out of an Indian martial art based in Buddhist philosophies. The development of kung fu over the ensuing centuries in various parts of China led to many branches of the discipline – so many that the term “kung fu” has come to refer to nearly any Chinese martial art. It has historically been one of the most pervasive martial arts, even playing a central role in the development of shotokan karate.

This article covers, in order, the precursors to Shaolin kung fu in India, its earliest masters (apocryphal or otherwise), its beginnings and development at the first Shaolin monastery, and its spread from there since the Middle Ages.

Though there are Chinese martial arts the predate kung fu (such as jiao di), kung fu is thought to originate outside of China. A number of historical records and legends suggest that it originated from martial arts in India sometime in the 1st millennium AD, though its exact avenue is unknown. There are a handful of historical documents crediting the 5th to 6th century Buddhist monk Bodhidharma with establishing kung fu, the earliest of which is the 1624 exercise manual Yijin Jing (Muscle Change Classic). Though he was (apocryphally) not the first to bring Buddhism to China, these texts credit him as the first to bring martial arts in some form, establishing the first Shaolin monastery at the end of the 5th century to teach what he had learned in India. However, the legitimacy of stories regarding Bodhidharma’s role in the history of kung fu is highly debated, as discussed below.

While several historical sources suggest Bodhidharma was the first to establish and develop kung fu in Shaolin, the details among these legends vary. The most popular among them relates that Bodhidharma encountered a group of sickly monks in Shaolin who grew to great physical health under his teachings, triggering widespread rumors of his art’s potency. There are other related figures credited with furthering the development of kung fu as well, notably Bodhidharma’s disciples Sengchou and Huiguang. However, Bodhidharma’s role in the history of kung fu is highly suspect. The writer of the earliest of text linking him with the origins of kung fu, Yijin Jing (1624), commits many literary and educational blunders in his work; for example, making verifiably fabricated claims and incorporating fictional characters into the text’s supposed historical narratives. As such, legends regarding Bodhidharma’s role are generally not held as accurate.

As it stands, there is no single figure who can be undoubtedly credited with developing kung fu. Disregarding legends of Bodhidharma’s role, kung fu nonetheless appears to have originated from Indian martial arts, was developed in the Shaolin monastery in the late 5th or early 6th century, and held a somewhat significant presence by the 6th century. Its spread from that period onward is clear.

Development and Spread of Kung Fu

Historical documents suggest that during the Sui Dynasty (581–618), the Shaolin monks had a standardized system of combat and some level of military presence, likely advancing the reputation and spread of kung fu. Though their military presence was limited for some time after this dynasty, kung fu remained very much a central part of Shaolin monkhood, to the point that their Buddhist teachings were altered to incorporate it. During the Ming Dynasty (1368–1644), Shaolin monks were again conscripted for military work on occasion, most notably in a series of battles against wokou pirates in the mid-16th century.

From the Sui Dynasty onward, kung fu had undoubtedly established a good reputation, perhaps due in part to the success of Shaolin monks in military service. Martial artists from all over China traveled to learn kung fu in Shaolin during various periods, suggesting the art had developed widespread renown. Such a level of popularity and practice by a large number of masters over the centuries likely contributed to the development of so many extant branches, leading to a wide number of styles in various regions throughout China. Its teachings were even taken to the Ryukyu Islands in modern Okinawa, Japan during the Middle Ages, leading to the development of shotokan karate.

The spread of kung fu into Western culture is a modern occurrence, typically attributed to American television in the 1970s – particularly the series Kung Fu (1972–1975). Western culture saw a rise in interest for martial arts during the 20th century, as can be seen in the adoption of both kung fu and shotokan karate, taking the history of kung fu from its budding beginnings in Shaolin to a worldwide phenomenon.