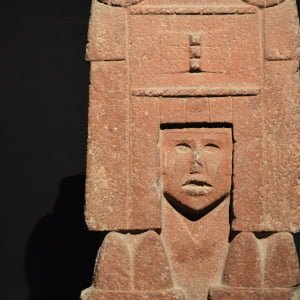 Diets of the ancient Aztec people revolved heavily around corn and corn products. Corn gruel, corn tortillas, and corn tamales were eaten daily, served with combinations of beans, tomatoes, squash, and sometimes meat, all typically seasoned with a lot of salt and chili pepper. Though tortillas and tamales were a common staple, these ingredients could be served as a hearty stew or casserole as well. Ancient Aztec nutrition centered around many foods used in Mexican cuisine as well, and their similarities can still be seen in modern times.

A type of maize gruel called ātōlli was a nutritional backbone within the ancient Aztec diet, much like Greek Kykeon or Egyptian beer in their respective cultures. Ātōlli was made by first soaking maize in an alkaline solution of slaked lime and ash in water, a processes which actually lent some additional nutritional value. The alkaline solution added minerals to the maize, and made previously indigestible vitamins and proteins already within the maize digestible. After soaking for some time, the mixture was then boiled. The resultant substance could be flavored with honey, salt, chili pepper, tomatoes, grains such as chia, or any number of spices.

Maize products like tortillas and tamales were often eaten with beans, tomatoes, chili peppers, and other vegetables. Next to corn, these were among the most consumed foods, meaning that the average Aztec diet was nearly vegetarian. However, dishes with meats were prepared on occasion, as the Aztec people domesticated dogs and fowl for consumption and had access to fish. They even ate a few smaller animals that would be considered quite unpalatable to the Western tongue, such as iguanas and salamanders. In addition to animal meat, the Aztec diet included some insects, such as worms, grasshoppers, ants, larva, and insect eggs – additional sources of protein. The upper classes of Aztec society engaged in ritualistic cannibalism on occasion as well, though not often enough to be considered a normal part of Aztec nutrition.

Fermented drinks made from fruits such as pineapple were quite popular among the Aztecs. The most prevalent of all was pulque, a fermented drink made from the aloe plant. The upper classes, however, associated pulque with the poor, and consequently avoided it, preferring fermented drinks from other fruits. The most luxurious of all Aztec drinks was made from cocoa, typically by cooking and grinding the beans and mixing in hot water, much like hot chocolate. The drink was then flavored with any among a wide variety of ingredients, including ground chili pepper, vanilla, cinnamon, honey, maize, and plentiful spices. 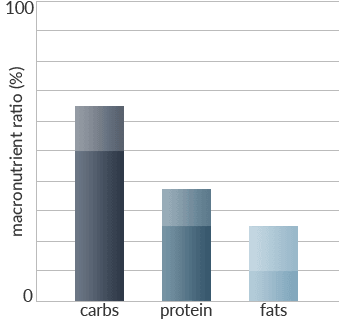 The heavy focus on corn and other vegetables within the Aztec diet may have left the average citizen slightly low in dietary fats, but no major deficiencies in macro- or micronutrients are obvious. Heavy vegetable consumption (including maize), moderate fruit, grain, and insect consumption, followed by conservative meat consumption would have led to a fairly well-rounded diet. With these things in mind, the macronutrient ratio for the average Aztec citizen’s diet would likely have been around 50-65% carbohydrates, 25-35% protein, and 10-25% fats.

Listed below are some foods that would have been commonly found in the ancient Aztec diet, organized roughly by food group.